So a group of us have been working on Dasher v6 for a little while now - and we figured its about time to get something out there publicly about the inner workings of the project - so you can help out or just find out where this is all up to.

The site has a little history. Back in early 2019 I was trying to update the documentation for a number of end users and we attempted to move all the documentation from the inference groups site (there is a lot of it) - to a new markdown format. We did it but I then shelved the project - as moving the docs was one thing but they all needed a little more sprucing up.

Skip forward some time and the development group were feeling that it was time for a public presence to share our news and updates - but also get other peoples input. We decided to strip out the docs for now and focus this site purely on the new version 6 build.

Now I’m no UX expert. If you have any suggestions let me know and I’ll do what I can!

Hopefully the team can input there own thoughts and discussions when they get the chance. Otherwise I’ll try and keep it all updated as we can. 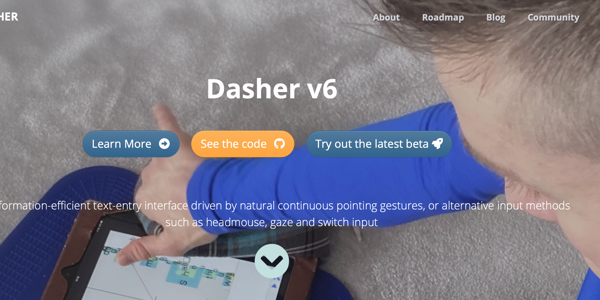 Screenshot of first build of site
Photo: Will Wade / CC-BY-CA